WTA’s Advocacy Director, Andrea Imler, was awarded with the Jim Ellis Spirit Award for her work in developing the Recreate Responsibly Coalition (RRC) in response to the pandemic on Wednesday, Dec. 9, at the 2020 Mountains to Sound Greenway Trust annual dinner.

On Wednesday, Dec. 9, WTA’s Advocacy Director Andrea Imler was awarded the Jim Ellis Spirit Award for her work in developing the Recreate Responsibly Coalition (RRC) in response to the pandemic. The award was announced at the annual Mountains to Sound Greenway Trust dinner celebrating the achievements of outdoor recreation in 2020. Andrea Imler, in recognition of her leadership in launching the Recreate Responsibly Coalition at a time of great uncertainty and great community need, which began locally and took off across the country; for her steadfast dedication to helping people access public lands; for always sharing her wisdom and experience for the greatest positive impact; and for her tireless advocacy as the voice for Washington’s trails. Photo by Amy Brockhaus.

Jim Ellis Spirit Awards are named for Greenway founder and Seattle civic leader Jim Ellis, who worked for more than 50 years as a citizen activist and community leader. He helped clean up Lake Washington, conserve lands and create parks, preserve farmlands in King County, and launch the Mountains to Sound Greenway Trust in 1991.

The award honors the example that he set from the very beginning of the trust, recognizing individuals who embody the Greenway values of collaboration, inclusion, trustworthiness, positivity, and pragmatism. These values guided Jim’s life of service and they infuse every aspect of our work. 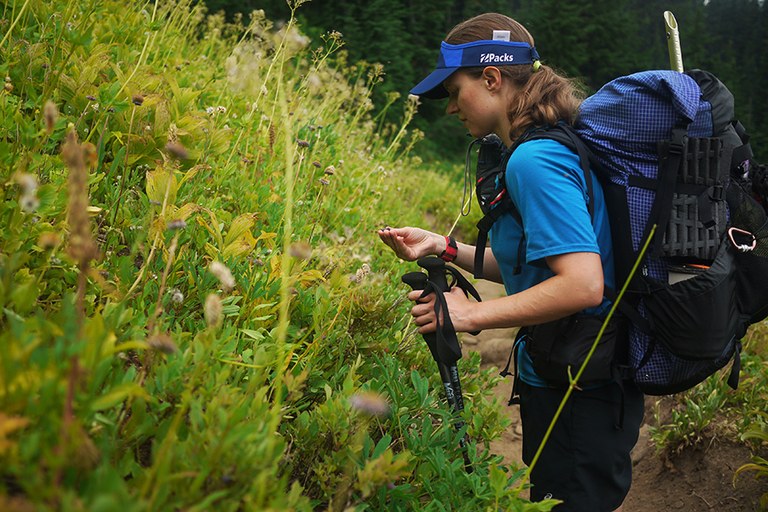 Andrea's brings a personal passion for trails to the table when she advocates for protecting public lands. Photo by Todd Schneider.

Leading for a common need

Andrea was a recipient of the award for her work on the Recreate Responsibly Coalition. She co-founded the coalition in May alongside Taldi Harrison, Government and Community Affairs Manager at REI, as a way to bring together government agencies and organizations and discuss safe recreation and the state of recreation as lands were rapidly opening and closing.

The work of RRC has been lauded by many members of the coalition.

“In my entire career, I haven’t seen anything like this — so many disparate interests coming together around a common need so quickly and acting in unison to be so effective,” said Superintendent of Mount Rainier National Park Chip Jenkins.

Since inception, the Recreate Responsibly Coalition has grown into a national movement. Now active in six states and with more building chapters, the coalition's messaging has reached more than 20 million Americans at a critical moment for public lands and the people who use them.

In Washington, the coalition has grown to a shining example of collective action. The coalition has four workgroups and has reached 80 members, representing nonprofit recreation user groups, agencies at every level of government, recreation businesses and other stakeholders in the industry

Foundation for the future

“Taldi and Andrea stepped in to do the foundational work, to pull a broad coalition together, and to collaborate on developing common expectations on what recreation ought to look like, and to put together tools to get that messaging out.” Jenkins said.

Andrea recognized that the work of the Recreate Responsibly is strongest when it works as a coalition. “I can’t imagine having done this effort without all the work that everyone has put into RRC making it what it is,” she said. 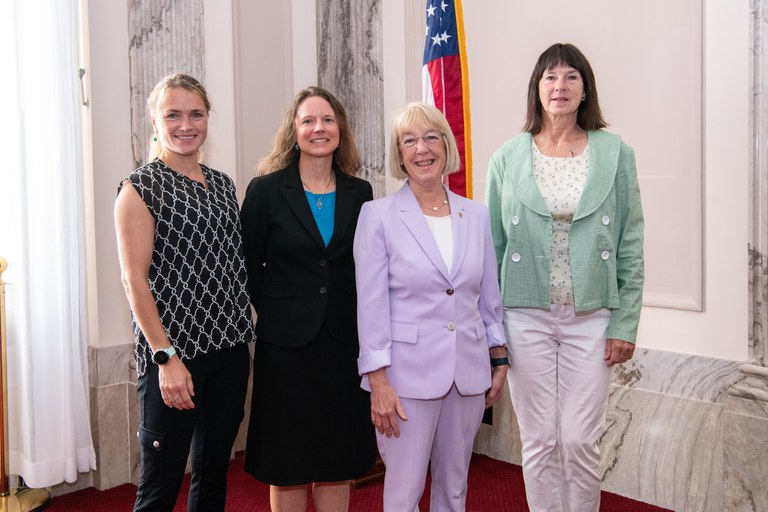 Building relationships and working in partnership with other organizations is core to how WTA and Andrea advocate for Washington's trails and public lands: She's served on the advisory committee in the Teanaway Community Forest and collaborated with partners at Evergreen Mountain Bike Coalition and Back Country Horseman of Washington on trail issues in Washington, D.C.